Sir Simeon Meriwether Kerrigan, fresh out of college, was expected to marry his cousin Rebecca and settle down like a proper gentleman. But he didn't want to. And a farewell-to-bachelorhood voyage on his steam-powered airship with his dearest friend brings both disaster and a shocking discovery.
Smashwords
Amazon

After the destruction of billions of humans and hundreds of colony worlds by an unknown aggressive force, Lieutenant Wallace K. Williams must overcome his personal devastating losses and rise to the challenge of leading the few thousand survivors into a new future. Along the way, he encounters aliens, hope, despair, and the chance for an unexpected love. But will he lose everything all over again, just when things begin to go right?
Smashwords
Amazon 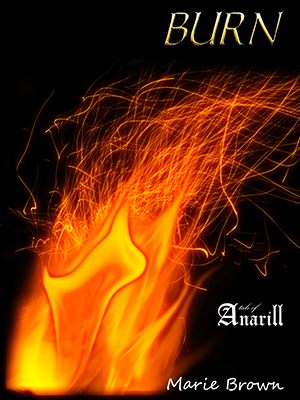 In this short story, a young journeyman seaman discovers the truth about himself in a traumatic series of events. Fire, death, destruction, an evil mage... Events conspire to convince the young man that he is filled with pure evil. Enter Arden, a teacher of elemental magic. Can he save the young man from his convictions?
Smashwords

uh-oh, looks like I'm out of stories... nah, not possible. keep watch for future releases!

« First Second Third You Are Here »

yep, it's the same old author bio you can find anywhere online. and keep in mind, if you look at it on Amazon, it has a mini-rant about someone ESLSE's books showing up under MY NAME, because Amazon is silly and doesn't let authors remove crap from their own pages.

"Marie Brown has lived in many locations across the United States, but spends most of her time exploring the realms of imagination. Currently located in Colorado, her brief moments of free time are spent in front of her computer, frequently covered in cats."
Blah.
Yeah, okay, that's all true. But I'm tired of hiding behind a bland, third-person pseudo-bio, utterly lacking in personality. Hi! I'm Marie Brown, and I write a lot. I self-publish through Smashwords and Amazon because I got tired of getting "well-written, but not our thing" rejection letters. Because, you see, most of my fiction tends to include characters that are either bi or just plain homosexual, and despite increasing acceptance of human sexuality and its many variations across the world, heroes and heroines are still supposed to be straight. Well, mine aren't. So if you're brave, and you don't mind that the main character of a story either isn't interested in sex at all, or is quite likely to hop in bed with someone of the same gender, then give my writings a chance. Come explore my fantasy worlds, or my science fiction worlds, or even spend some time with an occasional random love story set on Earth.
And by the way, just this once, I wrote this entire blurb without a cat on my keyboard.